Waikiki Brewing Company opened its first location in Waikiki in 2015. The seven barrel brewhouse in Waikiki is capable of producing 1100 barrels a year and was at capacity almost immediately, leading the brewery to start looking for a second location. They found the ideal spot in Honolulu’s historic brewing district in up and coming Kaka’ako. The brand new 20 barrel brewhouse and high ceilings have allowed Waikiki Brewing Company to more than quadruple production and become the third largest producer of craft beer in the state of Hawaii. Waikiki Brewing Company has found success on the national stage, winning medals at the Great American Beer Festival, the US Open Beer Championship, and the Denver International Beer Competition.

Waikiki Brewing Company’s operation in Kaka’ako has not only created an additional 40 manufacturing and service jobs in the community, but also supports other local business. Waikiki Brewing Company cans their beer and purchases cans from Ball’s can manufacturing plant in Kapolei and also donates their “spent grain” from the brewing process to local farmer David Wong of Mountain View Farms. Even their empty grain bags find additional use after being upcycled by a local roofing company.

Waikiki Brewing Company has not only helped to drive the local economy, but also provides a wonderful community gathering place at our pubs. We see families come together, military promotion celebrations, and team building gatherings for local businesses on a weekly basis, as well as being a great landing place for thirsty travelers. 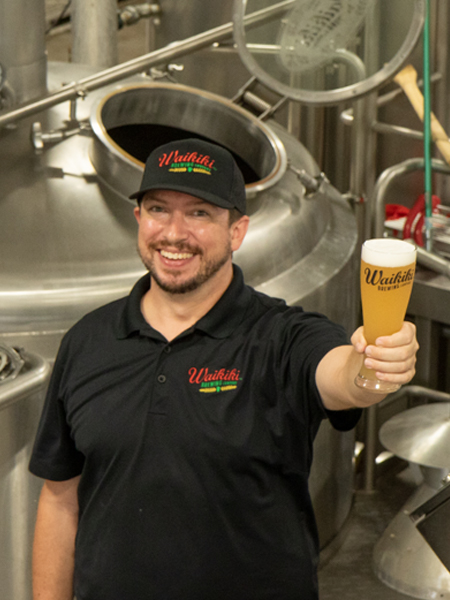 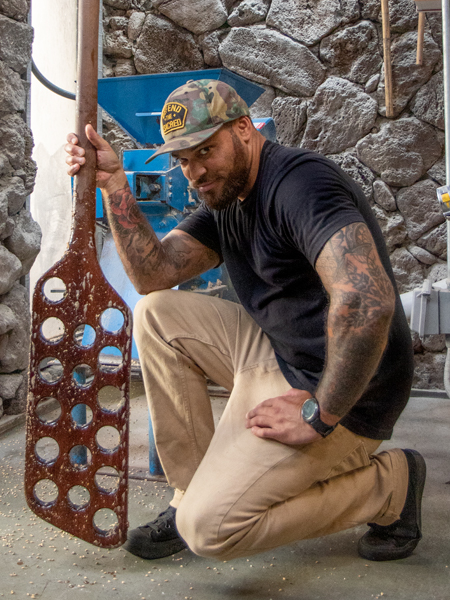 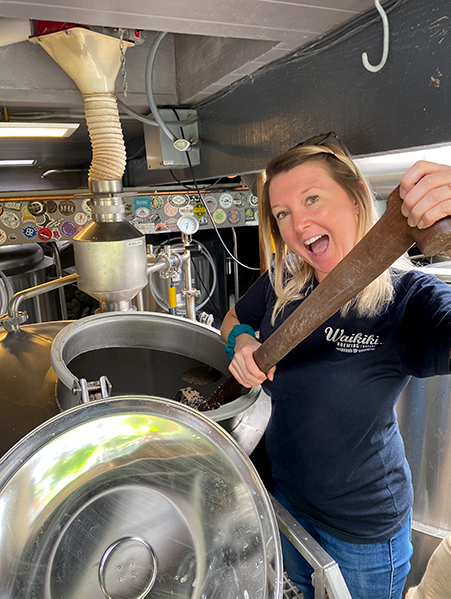 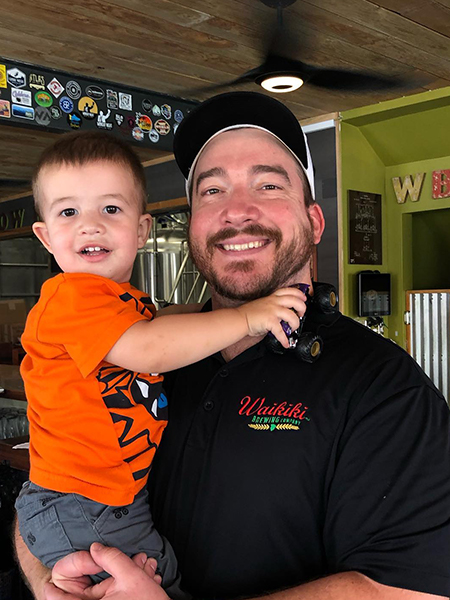 We do not have regularly scheduled tours, but will do our best to accommodate tour requests on a walk-in basis.